Submit your nominations for the 16th annual award honoring the distinguished career of Robert G. McGruder, a former executive editor of the Detroit Free Press, former managing editor of The Plain Dealer in Cleveland, graduate of Kent State University and relentless diversity champion. He died of cancer in April 2002. 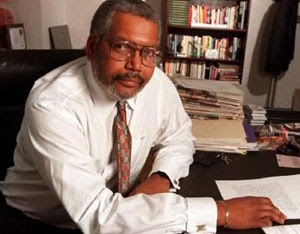 The Robert G. McGruder Award for Diversity Leadership is sponsored by the Associated Press Media Editors and the American Society of News Editors and will be given at the 2017 ASNE-APME News Leadership Conference Oct. 8-11 in Washington, D.C.
Nominees should have made a significant contribution during one or more years toward furthering McGruder's legacy of diversity in news content and in recruiting, developing and retaining a diverse workforce.
This year's honoree will receive $1,000 and a leadership trophy. Learn more and nominate by July 31.