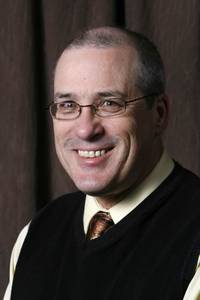 Well, what do those guys know, anyway?

Apparently not enough to please the House Criminal Justice Committee, which voted 11-3 last week to allow college students with permits to carry concealed weapons on campus. Now the full House can debate the measure — maybe with enough common sense to turn back this measure.

Arguments for the bill were heartfelt but specious. Allow us to defend ourselves, said proponents who talked about dangers in walking from classrooms to their autos or who talked about notorious and tragic campus shootings.

But Cinnamon Salvador, campus police chief at McNeese State, rightly threw cold water on what she said is a "fantasy" by would-be gun-totin' students who believe they could have stopped the campus shootings of the past year. The greater likelihood, she said, is that students will use weapons against one another.

Small wonder, then, that police and military veteran Larry Ellerman, police chief at the University of Louisiana at Monroe, testified that even trained officers react in different ways under fire. Even they only hit what they're shooting at about 20 percent of the time.

Should we turn the protection of campuses, then, to vigilante faculty members and emboldened youngsters who have weapons but no experience under fire? No.

House Bill 199, co-authored by committee chairman Ernest Wooton, R-Belle Chasse, might give some folks the warm feeling that they've heightened protection on campuses by ratcheting up the firepower. Better yet, the House bill would eliminate the influence of the pointy heads on campus by limiting "the authority of the governing body of a college, university or postsecondary vocational-technical school" to forbid permit-bearing students from packing heat on campus. So much for local control.

What happens when law enforcement arrives at reports of a student gunman ... and finds five or 10 or 100 students with guns drawn? Will security be heightened? Or might unintended consequences follow?

The state has in place an initiative to increase campus safety. That plan, developed by campus safety experts, would improve emergency warning systems. It would call upon the cooperation of campus and local law enforcement agencies. It would assess campus risks. It would train campus personnel.

Is the plan perfect? No. In fact, students, administrators and parents have probably been disappointed with the failure in some cases of early warning efforts. But careful study and review of the breakdowns in each case will help improve security.

We're not ready to deputize the student body except as eyes and ears for the police. Let's not compound the tragedies.

The Vandals at the gate

For those who were listening closely, that was not the sound of Gov. Bobby Jindal clearing his throat in Baton Rouge on Tuesday.

It was sound of Jindal, the governor, trying to digest the plain words that Jindal, the candidate for governor, wrote last year. It sounded like choking, and it could be heard in every corner of this state.

That was because Jindal the candidate made bold, written pledges to Louisiana's voters on the campaign trail. They included this one under the subhead "Make the Legislature accountable to the citizens they represent": "Prohibit legislators from giving themselves pay raises that take effect before the subsequent election."

In that document, which is available on our Web site, the governor used the verb "prohibit," which meant the governor would take action. In fact, he made the point under a document he called the "Jindal Action Plan."

He did not write from the stance of a detached observer, who pledged to merely scold errant lawmakers. He wrote as a candidate of action, who promised positive action on behalf of the citizens' protection. Thus, he used the word prohibit, which means, "to hold back, to restrain, to forbid." More precisely, it means, "To forbid, as an action, by authority or interdict; forbid, as a person, from doing something; to prevent or debar."

That was then. This is now.

Come Tuesday, the governor's press secretary presented the governor's position in words that contradict what the candidate himself wrote. "The governor has said all along and even included in his campaign materials that legislators should not give themselves a pay raise until after the next election," she said in a prepared statement. "He said this again at a press conference last week after the House's vote and continues to point out that not only is the Legislature's move to double their pay completely unreasonable but it should not take effect until after the next election."

The inconsistency is plain: Jindal the candidate promised action, he did not promise to merely "point out." Who needs Jindal to "point out" that it's wrong to rob the taxpayers. We taxpayers can see that for ourselves.

Jindal is not "holding back," "restraining" or "forbidding" the Vandals from ransacking Rome. He's simply giving the Vandals a lecture. Big deal.

That was a poor strategy for Maximus, the emperor who fled Rome rather than defend his people against the Vandals. The governor should take note.

Not pretty in pink


The precipitous political and personal fall of Sen. Derrick Shepherd, D-Marrero, should provide some lasting lessons for his colleagues in the Louisiana Legislature. But Shepherd's continuing downward spiral should provide no joy for anyone.

Among Shepherd's contributions to the Legislature last session was a request to the Board of Secondary and Elementary Education that that body, which oversees K-12 education in the state, require local school boards to mandate students who commit certain offenses dress in pink jumpsuits.

On its face, that effort struck us as absurd, an intrusion by the Legislature on BESE that was mean-spirited to the core — even to very troublesome students. Why — except for hubris and a dark heart — would a member of our august upper chamber stoop to such actions?

Last weekend, the senator sank still lower, as he posted $10,500 bond after he was charged with simple battery, theft over $500 and breaking and entering. Those accusations followed what authorities say was a violent incident with his girlfriend.

Given the political atmosphere in New Orleans, the senator's downfall may not strike anyone as surprising. After all, New Orleans is the political cesspool where U.S. Rep. William Jefferson swims. But Shepherd's personal and professional resumes suggest moments of achievement and honor.

Shepherd graduated the University of New Orleans and Loyola University School of Law and has worked as an attorney. He has served as a hospital corpsman in the U.S. Navy and Marine Corps; at his release from jail last weekend, he was wearing a Navy T-shirt. From 1997 to the present, his office says, he has served as a judge advocate general in the U.S. Army Reserve. Surely he knows better.

The senator, who has been confined to his home by a federal magistrate, has rightly been stripped of his duties in the Senate. Nor will he return to Senate committee duties until his criminal cases are resolved, Senate President Joe Chaisson has said. That prohibition protects the dignity of the Senate, which has been compromised by these accusations against this member.

No one should wish ill on this state official but should hope for better for New Orleans and its surroundings. Battered by Hurricane Katrina and uneven local direction since, that beleaguered area needs effective leadership, not seasonal sideshows from another Big Easy pol gone awry.

The gentleman from Marrero would not look good in a prison jumpsuit — not in pink, nor any color.