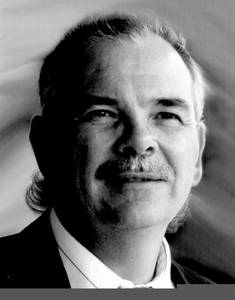 A cruel blow, a tough recovery

This is the second day after disaster.

For the Herald, the disaster grew worse - unbelievably - when we learned our newsroom, circulation and finance departments and Handy Mail, a subsidiary business, were destroyed in the fire. For those of us who write and edit the Herald, this blow is a cruel one. Our remodeled building was especially fine, the work of Schoen and Associates, and the envy of newspaper people who saw it.

The physical structure is only part of the loss. The past was lost, too. The Herald's archives were destroyed. For decades, librarians here have clipped the newspaper, recording the comings and goings of the mean and the mighty, the haughty and the humble. For decades, beginning with W.P. Davies, editors of the Herald have kept a file of important dates in the community's history. Jack Hagerty kept it up, and I have tried to maintain it. Some issues may be salvaged on computer or on microfilm at UND. But everything else is gone. Unrecoverable. In my office was a file of newspaper etiquette, ranging from proper dress to proper use of language, that M.M. Oppegard compiled. It, too, is gone.

The Herald, however, is not gone.

We are working tonight in the public school in Manvel, a community whose people have taken us in, offering everything from food and lodging to bed sheets and telephones. This is our second emergency newsroom. The flood chased us from our first, on the UND campus. We are deeply grateful to the people of Manvel, and to officials of the university, as well.

Our gratitude, and the gratitude of the entire community, must go out to so many other people. We at the Herald learned how beneficial it is to live close to a major military installation, as firefighters from Grand Forks Air Force Base, joining the city fire department and others, struggled to contain the blaze that destroyed our place. Their efforts failed, but not because they didn't try.

The city learned, too, what an invaluable institution the National Guard is. Guardsmen showed up in my neighborhood when the emergency dikes were laid. And they were in Grand Forks Sunday, when I left the city, directing traffic, protecting property, holding down the fort.

These are only two of the public institutions that have served us well in this crisis, and will serve us well in our recovery.

The loss at the Herald is not limited only to the past. Much potential was lost. Ryan Bakken lost the text of a book he is writing about the incredible winter we survived together. The text was in his computer; a printout was in the briefcase I abandoned on my way out of the building.

Past and potential. All lost in the present.

But the Herald has begun to rebuild. Against large odds, we have succeeded twice in producing a daily edition of this institution, which has lived in, loved and wrestled with Grand Forks for more than a century.

This is Day Two of our life after the disaster; it is Year 118 of our enduring relationship with Grand Forks.

In the days to come, this newspaper will discuss what must be done to rebuild our town. One part is to help us keep our voice. That is what we have succeeded in doing; it is what we will strive to do, tomorrow and in the time to come. Mike Jacobs is editor of the Grand Forks Herald.

Future is as big a challenge as river

One thing must be clear to anyone who wanders around our cities:

How hard we worked to save them.

And still, we lost.

It is hard to accept this bitter truth, even two weeks after the dikes broke and the city was flooded.

How hard we worked.

How hard we fought the rising water.

How confident we were that we would turn it back.

It is vital that we understand that all of these reactions are normal. We have suffered a trauma as deep as any community. It was unimaginable before it happened, and we will be shaking our heads about it for many years to come.

The river was a challenge, and we rose to meet it. Throughout the days leading to the crisis, we rallied ourselves to fill more sandbags and make more sandwiches. We felt the community drawing together, and we celebrated it. Together.

We lost that battle. The river was bigger than we were, even all of us together.

Now, we need to hear the voice that propelled us in the days that we fought together. That voice told us two important things. The first was that our community was important enough to fight for, and that we had to fight together.

Nothing that has happened has changed these truths. Events have only made them starker.

These are very special places.

Before the flood, these were cities with character. Neighborhoods were distinctive, each with its own identity and the loyalty of its residents. Downtown was lively, with galleries, stores selling all manner of collectibles, great restaurants, night spots, apartments. These supplemented commercial centers spread around our cities, serving customers from a huge geographical area. The same for our hospital. Our university.

The preceding paragraph is written in the past tense. It has to be. Our cities are damaged, and we don't know what the future holds.

One thing we do know, however, and that is that the future depends on us.

We need to bring the same determination, the same confidence, the same spirit to our effort to rebuild Grand Forks that we brought to the effort to save it.

We lost once, but the loss need not be permanent. We can succeed. Together.

Then, decades from now, the pain will be replaced by pride in how hard we worked to regain what the river took from us. We will be winners then.

Even a deep well of patience can run dry

Some thoughts while stripping a basement:

We are not what we own.

If we were, we'd all be much less than we were a month ago - and each of us knows we are stronger, more generous and more patient than we were.

Patience is not inexhaustible.

The mood in our town is getting testier as junk piles up on our berms and we learn it will take weeks to get attention from an electrician.

Our cities need to do something about both of these situations. Whatever limits have been imposed on haulers and electricians must be re-examined.

Not knowing is the worst thing.

We all learned this while the floodwaters were rising, and the truth hasn't changed. It's good the cities have defined what areas must be cleared for a floodway. There'll be controversy about the proposal, of course. That's healthy. At least now we have something to react to.

We all want answers, and we want the answers to be consistent and fair. Above all, we want the talk to be plain. Frustration with formal answers and bureaucratic jargon is on the rise - and contributes to a feeling of impatience and alienation our cities can't afford.

Someone - Mayors Stauss and Owens, perhaps - needs to deliver a lesson in courtesy and plain talk to every officer of every government agency in town. The vast majority of them are doing heroic work, but there are a few of the other kind.

All over town, wags have attached signs to their piles of garbage, or they've arranged things in a way that brings a little smile. Or, they've made up jokes to share with one another. One of the new ones suggests a new state motto. It would be, ``North Dakota: Land of four-season disasters (Blizzard, flood, drought and poor hunting).''

It's not true, of course, but it's worth a smile.

We get by with a little help from our friends.

The Red Cross truck came by with a woman from West Virginia and a man from New York. They offered hot drinks, a hot meal, snacks and a little conversation - every bit of it financed by people who probably never gave us a thought before our flood.

People who happen to live in adjacent houses have become neighbors, concerned for each other and ready to offer help.

Grand Forks and East Grand Forks have always had strong neighborhoods. The flood has made them stronger.

We're all in it together.