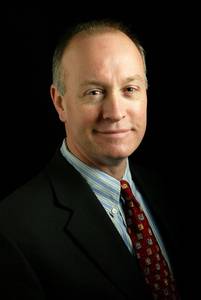 Vigilance and Memory: Ceremonies
A day of Tributes, Tears And the Litany of the Lost

They followed one another down, down into a seven-story hole in Lower Manhattan yesterday, thousands of them, filling with their sorrow the space where their husbands and wives, mothers and fathers, sisters and brothers, sons and daughters, had died a year ago to the day. Some left cut flowers on the hard earth; some left photographs; some left whispered words.

They lingered for a long while; a few even collected stones. And then the people who have become known as the ''family members'' -- as though they belonged to one international family -- trudged back to level ground, to the living.

There, a city and a country were commemorating a date so freighted with emotion and imagery that simply uttering it seems to say everything: Sept. 11, 2001. The day that as many as 3,025 people died in terrorist attacks that destroyed the World Trade Center, damaged the Pentagon and crashed a jetliner in rural Pennsylvania.

With moments of silence and recitations of familiar speeches, with the tolling of bells and the lighting of candles, with peaceful music and vows of military retribution, the United States observed that day's anniversary, joined by countries around the world that honored the date in their own, distant ways.

President Bush led the country in a moment of silence at 8:46 in the morning, Eastern time -- the moment of the first strike, when American Airlines Flight 11 cut into the trade center's north tower at more than 400 miles an hour. Then, visiting the repaired Pentagon, the president spoke of a renewed commitment to the war against terrorism.

''The murder of innocents cannot be explained, only endured,'' Mr. Bush said. ''And though they died in tragedy, they did not die in vain.''

A short while later, in Lower Manhattan, Governor George E. Pataki read Lincoln's brief but powerful Gettysburg Address; Mayor Michael R. Bloomberg succinctly described the dead -- ''they were us'' -- and former Mayor Rudolph W. Giuliani began the invocation of the names of every one of the 2,801 victims on the city's official list.

It was Lower Manhattan that held the unfortunate claim as host to the largest, most elaborate observance, with foreign dignitaries -- including Hamid Karzai, the president of Afghanistan -- paying their respects. On a day almost as clear as the early Tuesday morning of a year ago, tens of thousands of people surrounded a 16-acre pit and watched the wind spin eye-stinging twirls of dust from the place where two 110-story towers once stood.

All the while, they listened in virtual silence as a riveting, two-and-a-half-hour story was read to them. The story, whose words leapt from loudspeakers to ring through surrounding streets, had no verbs or adjectives; in a way, it was one epic paragraph. It began with ''Gordon M. Aamoth Jr.,'' ended with ''Igor Zukelman,'' and in between contained the names of 2,799 other people -- bond traders and secretaries, firefighters and assistant cooks.

They have been dead, now, a year.

A year may seem an arbitrary measure, but experts in the human condition say that first-year observances of cataclysmic events are fitting, even necessary. ''The date itself is emblazoned in memory,'' said Robert A. Neimeyer, a professor of psychology at the University of Memphis. ''The same ritual that allows us to remember also releases us to live.''

Yesterday's ritual began in the first hours of this Sept. 11, in the darkness. In each of the city's five boroughs, teams of bagpipers began their miles-long march toward the disaster site, the wail of their instruments summoning city residents to their apartment windows for pre-dawn reflection.

As the Manhattan contingent made its way down Broadway, people in Washington Heights raised flags, fists and candles; some held their hands over their hearts. James Leyden of Yonkers was at the corner of West 96th Street well before 5, in time to see the lights in a nearby apartment building flick on as the loud procession passed. It gladdened him, he said, because he lost a nephew in the trade center calamity.

''I just liked the notion of marching down all the boroughs, and basically waking people up,'' he said. ''It's just such a bad day, a bad day for families to relive.''

The bagpipers, all employees of various city agencies, were slowly marching through a changed Lower Manhattan, part of a changed city. Those changes go beyond the 89-year-old Woolworth Building reclaiming a dominant piece of the city skyline. They are also in the unclaimed pairs of re-soled and polished shoes, dozens of them, at the Shoetrician shop on Fulton Street. The manager said he keeps the shoes because what else can he do.

The bagpipers converged like skirling streamlets into a sea of people already gathered at the bottom of Manhattan to honor the dead. By 8 a.m. the people were four deep along Church Street to the east, a dozen deep along West Street to the west, and thick through every alley and side street. Gone, for now, were the vendors selling mass-produced photographs of the World Trade Center in distress; in their stead, family members -- distinguished by their ribboned pins -- holding aloft photographs of their lost loved ones.

The photographs of the dead bobbed upon the swells of the living. Over here, one of Charlie Murphy, with the reminder to ''Remember Me''; he had four older sisters, a fiancée and a deft sense of humor, and he was 38. Over there, Shannon Fava; her son is 4 now, and she would have been 31.

Then, suddenly, it was time: 8:46. Silence settled over Lower Manhattan and other corners of the world. In London, thousands paused during a memorial service at St. Paul's Cathedral, while in Dublin, the government asked for a minute of silence in factories, offices and schools.

At the Dallas Market Trade Center, employees held a moment of silence around a reflecting pool surrounded by votive candles for each victim. At Logan International Airport in Boston -- where the airplanes that struck the trade center took off -- operations halted for one minute.

That minute of silence, in a section of Manhattan not accustomed to silence, was followed by Governor Pataki's reading of the Gettysburg Address. Then up stepped Mr. Giuliani, who has been applauded for his leadership in the weeks after the terrorist attack and who a day earlier had attended the funeral of his 92-year-old mother, Helen.

''Gordon M. Aamoth Jr.,'' Mr. Giuliani said, reading the first name on a list of 2,801 that would take the rest of the morning to read. Mr. Aamoth, of course, was more than just the first name: he was an investment banker, just 32, and there is now a football field named after him in Minnesota.

Mr. Giuliani was the first in a long line of dignitaries, city officials and family members to invoke names, while Yo Yo Ma and other musicians played ''Ave Maria'' and other selections in the background. Now and then, the wind would blow so hard that it would rumble like thunder through the microphones; now and then, brown billows would rise from the pit to anoint listeners with dust.

David Hochman, a master electrician who a year ago lost more than a dozen friends and co-workers, watched quietly from a raised vantage point in the World Financial Center's recently restored Winter Garden. Then, pointing his hard hat at the scene, he said: ''You see that tremendous hole? That was New York.''

The invocation of names paused at 9:04 so chiming bells could mark the moment that United Airlines Flight 175 hit the south tower, when, everyone present knew, a year earlier thousands were fleeing for their lives while hundreds of firefighters and emergency workers were filing in.

Family members would later say that it was important to hear the names of their loved ones read, though they could not say exactly why. Monica Ianelli, dressed in black and with head bowed, held a portrait of her fiancé, Joseph Ianelli -- whose name she took -- close to her body, now and then wiping away the dust. When his name was read at 9:53, she looked up and smiled.

At 10:29, the moment when the second tower collapsed, the readings paused again, while bells chimed and the fog horns of boats on the Hudson sounded. An hour or so later, the last name was read; Gov. James E. McGreevey of New Jersey read the Declaration of Independence; and family members began filing down a ramp and into the pit.

They went down together to be alone, it seemed, as people symbolized their grief in individual ways: a funeral wreath here, a photograph there. Many built small, almost primitive memorials by propping up photographs with mounds of pebbles; many took pebbles or fistfuls of dirt to bring with them.

Kathleen Shay, of Staten Island, later said that the death of her 27-year-old brother, Robert J. Shay Jr., a bond broker at Cantor Fitzgerald, did not really sink in until she had descended into the pit. Her sister, Leanne, said that in building a small memorial there, they ''tried to figure out where his office was.''

Remembrances and services and seminars continued throughout the day in New York City, ensuring that year-old memories remained fresh. At St. Patrick's Cathedral in Midtown, for example, Cardinal Edward M. Egan concluded a memorial Mass by introducing four brothers who had served as altar boys -- all sons of Firefighter Vincent Halloran, killed in the trade center collapse.

Meanwhile, in Brooklyn, the Arab-American Family Support Center sponsored a silent vigil at Borough Hall to honor the victims, as well as to highlight what it said were the difficulties that the Arab-American and Muslim communities have faced in the last year.

In the late afternoon, President Bush and the first lady, Laura Bush, paid their respects at the disaster site. Mr. Bush seemed at ease amid the crush of grieving family members. He listened, occasionally smiled, rubbed the back of the neck of a father of a dead police officer. Someone handed him a palm-size photograph; he tucked it in a pocket.

As dusk came to the city, dignitaries representing the dozens of countries that lost citizens began to file into Battery Park, at the bottom of Manhattan, for a memorial service that would include the lighting of an eternal flame in front of ''The Sphere,'' a battered sculpture that once graced the trade center plaza. Aaron Copland's ''Fanfare for the Common Man'' was performed; Mayor Bloomberg read the Four Freedoms speech of Franklin D. Roosevelt; vigil candles were clutched.

Meanwhile, back at ground zero, all of the dignitaries and invited guests had left. It was dark now, but the wind was still gusting, and throngs of people were still lingering. They snapped photographs, trying to capture the emptiness of it.

A petite woman named Marianna Dryl pressed her face against the chain-link fence along Liberty Street and looked north into the pit, set aglow by stadium-style lights. She said she was 53, an accountant from Kew Gardens, Queens; she said she had not been to the site since the first weeks after the disaster.

''When I first came, it was such a horrible pile,'' she said. ''I thought they could never take it all away. Now it looks so empty and clean. It is almost beautiful.''