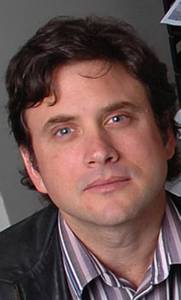 San Quentin state prison -- Stanley "Tookie" Williams walked in chains and cuffs through the oval door of the execution chamber. Four uniformed men entered with him. Midnight remained a minute away.

In a semi-circle around the mint-green octagon, 50 people sat in chairs and stood on risers, peering through thick glass as the guards laid the Crips gang co-founder on the table.

They strapped him down at the shins, knees, waist, chest and wrists. His stomach rapidly rose and fell. Williams lifted his head and peered to his left. Barbara Becnel, his longtime advocate and the editor of his books, stood atop a riser with the four others chosen by Williams to witness his death.

Williams held her gaze. Becnel raised her fist. Later, she would cover her mouth, then her eyes. Seated in front of the chamber, Lora Owens sat motionless, her eyes trained on the man convicted of shooting to death her stepson, Albert Owens, 26 years ago on a February morning inside the 7-Eleven where he worked.

A technician inserted the first IV needle into Williams' right arm with relative ease; but the woman who worked on his left arm struggled to find a vein. Ten minutes passed. She wiped the back of a gloved hand across her forehead.

Williams, wearing glasses, grimaced. He heaved an exasperated sigh. It was 12:17 a.m. now, and witnesses watched and waited in uneasy silence.

Williams lifted his head and spoke. He offered suggestions, the warden would say later. Prison officials reported that he had been cooperative all day. In his final moments, he appeared the same.

The needle finally stuck, two members of the execution staff left the chamber. The two others strapped Williams' hands down with white tape, from wrists to fingers. They rotated the table. One staff member spoke a last word to Williams before latching the door.

A rolled sheet of paper appeared through a small round portal in a door. A proclamation. The female guard unfurled it and broke the silence.

"The execution shall now proceed," she announced.

As the drugs began to course through his veins, Williams lifted his head. He held it there, tilted slightly left. It fell back and he raised it again, refusing to lay still. His breathing hitched. His stomach convulsed, lurching upward. Light shone across his damp temples.

His stomach rose again. Then his breathing slowed. By 12:25 a.m., Williams lay motionless. Minutes passed. John Monaghan, the Los Angeles prosecutor who argued against clemency at a meeting last week with Gov. Arnold Schwarzenegger, sat a few feet from the chamber, staring ahead.

A hundred eyes stared at the still body of the man convicted of murdering four people in 1979, the man whose claims of redemption and innocence failed to sway the governor and the courts, the man who refused a last meal and declined to offer the warden any last words. The man who spurred a massive campaign for mercy and drew a crowd estimated at nearly 2,000 people outside the prison's East Gate.

That man now lay there as lifeless as another sheet of paper shot through the portal, announcing the time of death: 12:35 a.m. Williams was dead at age 51, having spent nearly half his life on death row.

A guard pulled the curtain across the chamber windows.

"The state of California just killed an innocent man!" Becnel and two others shouted as they walked out of the witness area. Becnel, who championed Williams' cause over a decade, later vowed to prove it.

Lora Owens remained seated, and she began to weep.