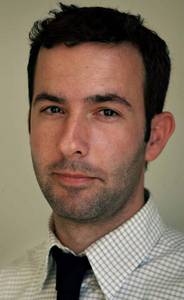 Among those honored dead, fresh graves in section N
May 29, 2007

Boys were hidden in plain sight

It is an anonymous place in the middle of St. Louis' comfortable suburbs. Hidden, yet right there.

Apartment D, the one that held the two kidnapped boys, sits on the ground floor of a brick, two-story building. Seven identical buildings surround it. The '60s-era complex has no name. The only distinguishing detail is the color of the doors: one building has black, another green, then white. And orange. Apartment D has an orange door.

The man inside Apartment D kept to himself. Not unusual, residents say. They thought the teenage boy with him was his son. The boy didn't seem to go to school, but they didn't want to ask any questions. Really, no one thought to. The second boy? No clue he was even there.

People come and ago here, some staying for just a few months in the $495-a-month units. The entire complex, sitting in a valley next to the road, can escape notice as people drive by on busy South Holmes Avenue. "They pay no mind," said Rob Bushelle, 29, who has lived here for 1½ years.

Maybe it is a fact of modern life that something like this can happen - that two boys kidnapped four years apart can be kept in an apartment by a man who is not their father and no one knows. Investigators and the victims' families have marveled at how the alleged kidnapper hid what he had taken in plain sight.

"It goes back to everybody minding their own business, not wanting to get involved, not paying attention and putting their blinders on and worrying about themselves and themselves only," Craig Akers said Saturday at a news conference, a day after being reunited with his son Shawn Hornbeck, who disappeared in 2002. "We've lost a lot of our sense of community. We've lost a lot of our neighbor-helping-neighbor."

But the Holmes Avenue apartments do not seem remarkable in that regard. The complex is not on the wrong side of the tracks but literally in between: freight trains run close by just to the north and south. This is the edge of affluent Kirkwood. The historic train station at this suburb's heart is a half-mile up the road. Just 500 yards away is a sprawling $1 million house with a tennis court and crushed-stone driveway. But the apartments also are neighbors to bland warehouses and Interstate 44, which leads southwest to the rural spots where the boys were kidnapped.

This is where Michael J. Devlin, the 41-year-old pizza parlor manager accused of taking the boys, chose to live. He was surrounded by people, yet insulated from them. He could have picked a more isolated location. But here he blended in.

Bushelle, who works as a landscaper, knew Devlin only at a distance. Last fall he had a confrontation with Devlin over a parking space. But that was it. Bushelle saw the boy who lived with Devlin. But he never suspected he was a kidnapping victim.

"How am I supposed to know?" Bushelle asked. "It's a total cliché, but you never think it is going to happen in your neighborhood."

A mile away sits a Schnucks supermarket with a bench featuring a missing poster for Shawn Hornbeck. It contains an age-progressed photo. Akers said his son saw the poster at the supermarket before he was rescued, and his son called the guesswork at what he might look like "insulting."

But it was haunting.

Karen Mooney works at that Schnucks selling lottery tickets and renting videos. She sits just a few feet from the poster, near the automatic doors. She has worked here 16 years. Mooney said she has a good mind for faces - she once identified a store thief by his gold-capped teeth. She is friendly with customers, saying "hello" as they walk in and offering comments like how fast a son is growing up.

She had studied that poster of Shawn Hornbeck. She is stunned that he might have walked into the store, past her desk, maybe even responding to her offer of "hello." And she never knew. Never suspected a thing.

"You'd think I would have noticed him," she said, with a shake of her head.

But she was not the only one.

Among these honored dead, fresh graves in section N

The latest troops to die in combat come here, to section N.

The section is small and sits on a sloping hill behind an administration building, beyond a fence. It is tucked in a corner, so close to the main entrance of Jefferson Barracks National Cemetery that it is easily overlooked, potentially lost among the 166,000 graves spread over 333 acres.

It was Memorial Day, and a grand ceremony was taking place about a quarter-mile away in another part of the cemetery. The annual event featured speeches, honor guards and a crowd of hundreds.

From section N, the one set aside for active-duty deaths, it was possible to hear only the faintest sounds of music.

"Too bad they don't have a microphone, a sound system," Marie Costello said.

They sat in folding camping chairs next to a grave marker bearing the name "James F. Costello III," their son. They called him Jamie. He was a 27-year-old Oakville native. An Army soldier. He died April 11, 2006, when an improvised explosive device detonated in Iraq.

Jim Costello wore his son's dog tags around his neck. He watched his wife place flowers at the graves of others killed in action.

"We're kind of a community," Marie Costello said, clutching red and peach roses. "So I try to share the flowers."

They have gotten to know the other families who have lost sons and daughters in the ongoing wars. Jim Costello knows that the father of Riley E. Baker, a 23-year-old Marine sniper killed on June 22, 2006, in Iraq, likes to leave a bottle of Wild Turkey whiskey at his son's grave, located one row behind Jamie Costello. The two fathers sometimes share a swig.

Jefferson Barracks is both a quiet, respectful place and a bustling center. About 20 funerals take place at the cemetery every day, mostly for World War II and Korean War veterans who pass away in old age.

The cemetery does not keep a count on the number of Iraq and Afghanistan active-duty troops buried here. Officials estimated the number is fewer than a dozen. But the number is growing. Jim Costello could tell you that just from the frequent visits to his son's grave.

"Riley wasn't here yet. Nor was Russell," Jim Costello said, twisting in his chair to count the graves added since his son's. "One, two, three. ... At least five new ones since we've been coming out to see Jamie."

And Ryan Garbs, 20, an Edwardsville man who was one of eight soldiers killed Feb. 18 in a helicopter crash in Afghanistan.

The latest arrival is Brandon L. Wallace, 27, a Jefferson County native who was killed April 14 in Iraq. His marker is just a few down from Jamie Costello's.

Jamie Costello grew up about three miles away in Oakville. He went to grade school just up the street. Father and son used to drive by the cemetery all the time.

Now it is the father who comes, sometimes with his wife and sometimes alone, to spend some time with his son, in section N.

Crowds gather to catch a glimpse

It was on the second stop of Michael Devlin's whirlwind tour of the region's courthouses that three school-bus drivers showed up.

The women stood outside the old brick courthouse in Potosi, their Tuesday morning routes complete, angling for a glimpse.

They wanted to see Devlin for themselves, to judge him, to lay eyes on him in the flesh. Devlin was a curiosity. He was a celebrity. He was a ghoul who has dominated the imagination since being caught in January after kidnapping two boys, having held one boy for four years.

One of the bus drivers, Melissa Thompson, stood on her tiptoes in her white sneakers, sunglasses pushed back on her head, trying to get a better look. She peered over the broad shoulders of police officers and the yellow tape holding back a small crowd of onlookers.

"I've just got to see what such a monster looks like," said Thompson, 38, a mother of three.

A circuslike atmosphere has enveloped Devlin's trips to four courtrooms in four cities, spread over 150 miles and three days this week. Court in Union. Potosi. Clayton. His guilty pleas and lengthy sentences, including life terms, in those courts are done. The last stop is expected today with federal court in St. Louis.

The settings were often dramatic: Devlin escorted by flak-jacketed SWAT members at one stop, a police helicopter hovering low overhead. Devlin changed outfits with each venue - orange prison garb, then green, then brown. A thick moving mass of cameras and reporters tracked it all. People with no connection to the case showed up. They snapped photos. They craned their necks. They offered their views.

In Union, a truck circled the courthouse square carrying a giant metal claw and a sign reading, "Pedophile Terminator II: I'll be Back." And a woman reached into a trash can to grab the chipped, red coffee cup discarded by one of Devlin's attorneys after he dropped it. She joked that she would sell it on eBay.

But for many others, there seemed to be a genuine desire to understand Devlin, to glean from a glance some sense from the horrific situation. They wanted to see in Devlin some clue that might keep their family safe, might give away someone who managed to elude authorities for so long.

Some approached the topic with blunt humor.

"I want to see what a real pervert looks like on the streets," said Diane Price, 36, sitting on the stone stoop of an appliance store across from the Potosi courthouse.

"Oh, Diane," admonished Rosemary Smith, 50, sitting next to her.

"Well!" Price said. "You could be sitting next to a pervert and never know. So I want to know what one looks like."

In Potosi on Tuesday, Devlin walked out in a green shirt and black track pants. His hearing was over. Escorted by SWAT team members, he walked from the courthouse toward a hulking, black armored vehicle. Someone booed. The state police helicopter swooped down. The three bus drivers stood together.

"He does look different," Ruble said, noting how Devlin had dropped weight and shaved his beard and head since his capture.

She held out her arms, showing her twitching fingers and goose bumps heading under her shortsleeves.

As school-bus drivers, they felt a deep connection to Devlin's case. He is accused of snatching his last victim after the boy was dropped off by a school bus in another county. After the abduction, the bus drivers were told to watch for suspicious vehicles as they trace their rural routes.

With Devlin gone, Bettis and Ruble headed off. But Thompson stayed. The mother of three walked across the courthouse grass to where the county prosecutor talked before a bank of microphones. Reporters and cameras surrounded him. Thompson nudged her way in and listened. She heard the prosecutor describe the terror of Devlin's first victim. She hung on every word, pushing deeper into the ring of media to hear over the roar of passing trucks.

"It's like an education for your kids - how to stop this," Thompson said. "Devlin is a monster no matter what. But my initial thought was that he was a deviant-looking guy. But he looks like the normal guy walking down the street."

From Potosi, Devlin and his entourage of law enforcement traveled to Clayton. Another swarm of onlookers and reporters awaited. Jurors on lunch break milled about.

But the office towers of the St. Louis County Circuit Court provided no opportunity for the public to see Devlin outside.

And when that hearing ended Tuesday afternoon, as the victims' families and the prosecutor walked out, Devlin seemed to have disappeared, like a ghost.