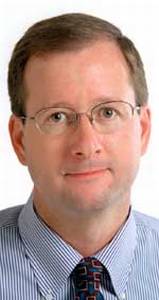 A river of spirituality flows through Western Pennsylvania. A current of every hue, it courses through the pew, the pulpit, the sanctuary, the temple, the mosque, and the synagogue.

Staff photographer John Beale spent more than a year documenting the faithful as they gathered in groups large and small, rich and poor, to pay homage to Jehovah, Allah, the Creator, Jesus, the Supreme Being, and God (or gods). The resulting pictures show how faith -- and the moral compass it provides -- unites our community in a surprisingly diverse display of ritual, prayer, and celebration.

The region owes its religious diversity in large part to the state it sits in. Founded by William Penn as a haven for Quakers and others persecuted because of their beliefs, Pennsylvania has a long, proud legacy of religious tolerance.

Documented here are images that illuminate Beale's discoveries. The project was an eye-opener in the newsroom, and judging from the strong positive response from readers, in the community, as well.