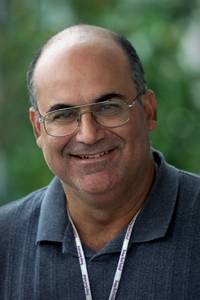 If there is one idea that defines the American way of life, it is the ownership of a home. The homestead is the guarantee, in our minds, that when all else goes wrong, at least we have our base, something we can build and paint and make very much our own, a reflection of ourselves. Suburbia is the most basic building block of America.

From the land rush of the Old West to modern-day suburbia, Americans have searched for paradise. In south florida, that paradise has been found in the former swamplands of Broward County, once ranked third in the nation for population growth. The problem that with the dream come people and with people come the growing pains of traffic jams, overcrowded schools and a shortage of patience.

Now the rapid growth has subsided as the county nears buildout. The boom has hit a wall: the ever-fragile line between encroaching development and the federally protected Everglades National Park. Still people want to move to Broward. They come to buy whatever little plots of land are left. And if it looks like cookie-cutter on the outside, it is anything but that inside.

Broward is a place where communities are born and lifestyles flourish, a true glimpse of American life and the product of a nation built by different cultures working to a harmonious coexistence. While people seem to have similar goals, they enjoy the right to be different. That was the original American dream, to find a peaceful place where one could live by one's wits, and that theme has been played out repeatedly through history and across the nation. The challenge facing us now if to keep paradise found from becoming paradise lost.

These photographs by J. Albert Diaz eloquently address all these issues and raise many questions about the future of Broward County and the whole country as urban sprawl becomes a major challenge to many of our ways of life. The photographs in this project are really a product of the photographers' own life. A member of the communities he photographed, Diaz is living, eating, breathing the American dream. Early on he recognized the impending challenges in his community and for two years, he photographed everything he could find from yard sales to environmental protests. The people in these pictures are his neighbors and friends. They share the same schools, parks, roads and bike paths. His kids play with their kids and they wave at each other when their paths cross. As Diaz says, "We did not just buy a house, we bought a community, a lifestyle."