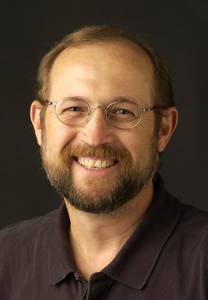 Louisiana does not often find itself in the vanguard of an educational trend, at least not a positive one. And yet, as President Bush ordered the nation's educators to get serious about standardized testing and teacher accountability, we could report early results.

Dismayed by the depths to which the state's schools had descended -- generally 49th or 50th in most national rankings -- in 1999 Louisiana began phasing in comprehensive tests at the end of the 4th and 8th grades and made passage mandatory for promotion.

The plan, now being adopted in other states, was a compromise of sorts. Conservatives had found support for their longstanding gripe that teacher unions needed to accept performance standards as an essential part of school reform. But with do-or-die testing came promises of more money for salaries and other school resources.

What, though, of the students themselves -- damaged by years of abysmal schooling and suddenly forced to pay a humiliating penalty for failings that both sides recognize as institutional? To find out, Times-Picayune photographer Ted Jackson teamed up with reporter Brian Thevenot to spend a year with students gearing up for the big test. The upshot, a five-part narrative called "Leap Year," was published in the spring of 2002. It was at once a searing indictment and an irresistible drama. Page after page of photographs as powerful and intimate as any we have published, put a face to the abstraction called educational reform.

The main focus of the series, David Pichon, was student typical of the system. What we did not know was whether he would pass the exam, or by failing it, spend another year of eighth grade with teachers trying to "teacher the test."

That uncertainty haunted the entire presentation -- and also its production, given the possibility that David would back away from us in embarrassment, scuttling the project in its eleventh hour, once his failing scores were in hand.

In the end, the risks were worth the trouble. The series generated an unprecedented flow of e-mails, letters and phone calls as readers came to a heightened appreciation of the complexities of urban school reform. The story revealed truths that will be driven home across the nation as other states embrace the federal mandate for high-stakes testing. It also pulled away a veil that often stands between media and public schools. Through painstaking diplomacy, Jackson secured untrammeled access to a group of students both in and out of the classroom for an entire year. Individually and in the aggregate, his extraordinary pictures put a human face on a world of hope and pain. In New Orleans at least, that world can no longer be dismissed with the mind-deadening words: "inner-city school." The stereotype has been exploded.

-- adapted from the award entry letter for Ted Jackson