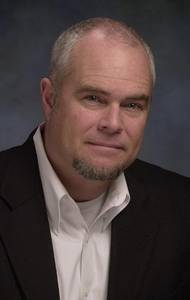 They have become dots on a demographer's map: black boys and men gunned down on the streets of Compton and Inglewood and Hyde Park. There are three on one block, six on another. More than 400 murders, on average, are added each year. The homicide rate in South Los Angeles is double that of Bogota, Colombia. But no one pays much attention. Not the neighborhood that falls silent. Not the city institutions that turn numb.

Brian Vander Brug, a staff photographer for the Los Angeles Times, wants us to look inside the dots. He wants us to follow the bullets as they pass through the dead and strike the living.

In photo after photo in the series "Mortal Wounds," Vander Brug captures the faces of murder -- those shot, those left behind -- in a way that shatters complacency. Like all great photographers, he gives us sight and sound. South Los Angeles -- its dots -- becomes real. We may still turn around, but not before seeing lives forever bent by violence.

-- adapted from the award entry letter for Ted Jackson