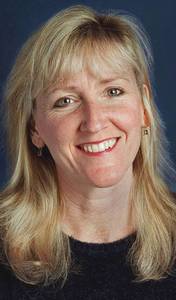 This is a story of a young man who made a choice. John Thomas came to a crossroads. When faced with two very distinct life paths, he made a conscious decision to avoid the violence and turmoil that plagued his impoverished inner city neighborhood in Washington, D.C. By overcoming many obstacles during a tumultuous year at Ballou Senior High School, he became a star basketball player and graduated with honors. He is the first in his family to attend college. In what felt like a community under siege, far from the monuments and economic revitalization that thrives in other parts of the capital, the graduation ceremony meant more than just a diploma. It marked surviving high school in an area where rivalries can get a student killed, or a mistake can land a person in prison. In his 19 years of life, he experienced the pain of countless homicides, including the shooting death of a childhood friend in the hallway of his school. Fights broke out on a regular basis leading to suspensions and arrests, a student stole mercury from a chemistry lab and spread it through the building, forcing an evacuation that lasted a month and a beloved principal lost his job. Two other classmates were also slain the same year and candlelight vigils in the gym became routine. Yet John’s resolve remained steadfast amid the confusion of an already vulnerable age.

John’s journey began on a familiar, but dangerous road. Like many of his peers, he stole cars, was arrested and look toward a future of little promise. His father had been in prison since he was five years old, serving a sentence for drug a firearm conviction. An older brother spent time in jail awaiting trial and his sister survived a shooting while she was pregnant. His mother finally overcame her struggle with drugs and he now lives with her and a younger brother in a small apartment that has been witness to the blood of bodies in nearby allies. Teen homicides have risen dramatically in the city.

In a neighborhood that makes it easy to be bad but hard to be good, John grabbed a foothold somewhere in the middle. With street smarts and good grades, he was neither a nerd nor a troublemaker. His soft-spoken demeanor veiled a hidden strength and courage. His was the voice of reason for friends heading for peril. He became a role model in a world fraught with temptation to fail.

His love of basketball bordered on obsession and eventually overcame the lure of the streets. It was a salvation of sorts to keep him out of harm’s way. He practiced after school and played in amateur leagues on weekends. He frequently skipped lunch to watch friends play in the gym. At home in his bedroom, surrounded by trophies and framed posters of Michael Jordan and Alan Iverson, he played basketball video games. A defining moment came when his coach and mentor, Renaldo Gillis presented a challenge. If his grades improved he would buy him a new pair of tennis shoes. “He took off and ran with it,” said Gillis. A popular student with haunting eyes that have seen too much anguish too soon, John Thomas proudly attended graduation ceremonies. He promised Renaldo he would return one day to help someone else escape from the cycle of crime and desperation. He believes others can make decisions to avoid trouble as he did.

“That’s what it’s about – making choices,” he declares with quiet determination

-- adapted from the award entry letter for Carol Guzy